How to use a Menstrual Cup- My Story 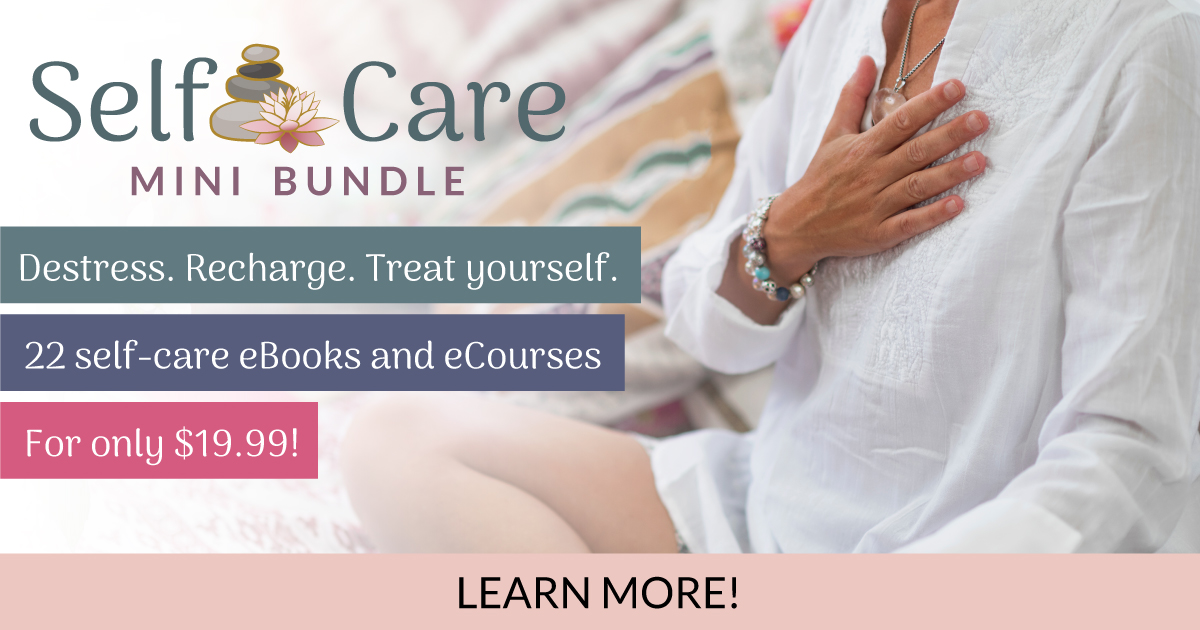 Health and Personal Care
July 10, 2015April 4, 2020 by silverempiressLeave a Comment on How to use a Menstrual Cup- My Story
Disclosure “As an Amazon Associate I earn from qualifying purchases made through the links below or I may earn money or products from the companies mentioned in this post.

This site contains affiliate links to products. We may receive a commission for purchases made through these links.

How to use a Menstrual Cup

How can a period be eco-friendly and in my opinion way better? I thought it couldn’t be a thing but I discovered that this is absolutely possible. It takes a little bit of research, a little bit of practice and a lot of patience but I wouldn’t go back to how I used to take care of my period ever. Instead I decided I needed learn how to use a menstrual cup. So that is what I did and now it has been over 5 years and there is no turning back to tampons ever.

What is a menstrual cup

Why use a menstrual cup?

No risk of TSS.

Not bleached or chemically treated 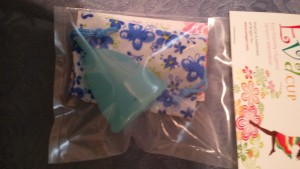 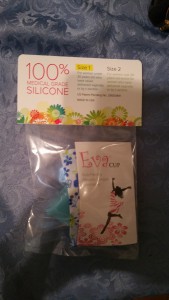 All about the Eva Cup

I bought the Eva cup which is made in the USA and shipped from California. I watched a bunch of YouTube videos on different cups and how to insert and remove them. The most helpful is precious stars pads https://m.youtube.com/channel/UC5jJ_1US1DjRYJF_WU4sQ5w

She does an amazing job of comparing a ton of different brands of menstrual cups and cloth pads.

I searched and found the USA made Eva cup by Anigan. I had a great experience with this company that is based in California and shipping was super fast. Over the last 5 years since I originally bought and wrote this review the price has increased but it is still a good cup for the price.

There are actually many reusable menstrual cup brands. Each brand and cup is slightly different. Now that I have been using a cup for awhile I like the Super Jennie which is a higher capacity. But I would never had been able to start with that cup. So when making a menstrual cup selection there are some things to take into consideration.

Check out this post all about menstrual cups to help you decide what you should be looking for in a cup according to your needs. The cup that works for me might or might not work for you.

The Eva cup came with a little draw string bag to carry it and an instruction booklet. 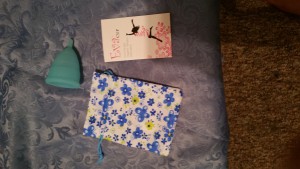 How to insert a menstrual cup

The booklet says to hold in half to make the rim have a U shape. I tried the u fold and found that this fold did not make the cup small enough to get in. I also tried the push down fold which makes the rim small but there is a thick part of the cup that I found difficult to get in. Finally after 3 tries through out the first day of my period I was able to get the cup in with the seven fold and a little bit of coconut oil to coat it. With this fold the cup went right in and I did not feel it.

Menstrual cups can be worn up to 12 hours depending on your flow. There is no risk of TSS. It can be worn over night. Before the first use it is recommended to sterilize it by boiling it for 5-8 minutes in a pot of water. Repeat at end of each period.

My hands on Experience

Thursday. This was a work day for me. My Eva cup had arrived on Monday. I practiced a few different folds when it arrived. Sterilized it and put it in the little bag to put in my purse. I was all ready to use it for the first day of my period. I knew it was coming any day. Thursday morning I grabbed a cloth panty liner just in case it came and I couldn’t get the cup in at work. It did come that day. I grabbed my little bad with my cup in it, it nicely hide in my hand. In the bathroom I rinsed it off and tried to insert it with first the u fold. That didn’t work. I then tried the push down fold, that went in a little more but not enough. First, I washed it off, put it back in the bag and went back to work.

I tried again later that day and got it in farther but still not all the way. I decided I would wait until I got home to try again. At home I decided on the push down find with some coconut oil as lubricant. That went way better than at work. I squatted this time instead of sitting on the toilet. I thought I had it in but the cup did not open and I could feel it wanting to come out. Second try. Rinsed it off, did a seven fold, put a little coconut oil on it and tried again. This time it went in. I stood up and didn’t feel anything. I squatted back down, felt for the stem and then checked to make sure it had opened…. Success!

I think the difference the last time was that I found a better position squatting, the seven fold made the rim small and easy to pop open and the coconut oil helped it to slide in.

Will it leak while I sleep? I’ll find out in the morning.

Sleeping with the Eva cup in was great. No leaking, no soiled underwear. But getting it out was another story. The first attempt I was able to find the stem but not able to pinch the bottom of the cup like the instructions say. The first attempt was on the toilet. Then I tried squatting and bearing down. I was sort of able to pinch the end of the cup but not enough. After a shower to relax and watching a YouTube video on how to get it out I tried again in my room over a towel in case I dropped it. In the video she said one relax, two that of you can feel the stem that is good and third to reach up to the rim if you could to break the suction. With kneeling and bearing down I was able to find the stem, reach up to break the suction and by bearing down and then pulling the stem with the Eva cup has a sturdy stem I was able to pull it out. The hardest part was getting my fingers in the right position to pinch the cup or stem.  Also the stem was angled toward my tail bone so I had to reach a finger around the cup to angle the stem down more.

My sister and I were heading to the beach and I didn’t want to deal with bleeding through a tampon so I put it back in after washing it. The first time it didn’t open am the way do I had to take it out. I was happy I could get it out way faster that time. After putting in again we were of to the beach. On my second day I was only able to get 6 hours of wear before it started to leak a little. I had put a light panty liner in the bottom of my bathing suit. Normally with a tampon it would have been only 3-4 hours before I would had had change the tampon.Amazingly I was able to get it out on the toilet this time.

Over all the second day was good. There was some problems at first but I was able to get it out and in as needed and besides the normal cramps I get the second day it was almost easy to forget I had my period.

Nothing too exciting about Saturday. No leaking, no problems getting it in or out. Decided to not sleep with the Eva cup in and definitely did not sleep as comfortable thinking about possible leaking overnight.

Sunday I wore my cup for about 16 hours from about 8 am to 12 am. We went to a swimming hole with a waterfall and it was great. No worrying about changing a tampon, leaking or taking it out within 8 hours. I felt comfortable with my cup in and only used a cloth liner as a precaution later in the day after we changed into dry clothes before dinner. No tampons=great day!

Used only a cloth pad today. It was a light day and I didn’t feel like I needed to put the cup in.

Once I got the hang of putting my cup in and getting it out, I’m in love with it. I have been researching other cups. I would like to get a second one, possibly a slightly longer one like a lady cup or ruby cup. The company that makes the ruby cup donates one to a girl in Africa for every cup purchased, so I think I’m leaning toward the ruby cup and it has good reviews on YouTube.

I also noticed new things about my body and period from using the Eva cup. When I checked my cervix before my period stated it was high and also the first day it was still high which is part of the reason I had so much trouble getting it out the first time I think which is why I am thinking of getting a longer cup for the first and forth days. The second and third days of my period my cervix seemed lower and the cup was easier to grab.

I also found that the second time I tried the seven fold it didn’t want to pop open and the punch down fold worked better going forward.

Hope you learned something new and think about giving a Menstrual cup a try.

For more about menstrual cups, what types and things to consider before you buy one click the link http://www.theclassybrokegirls.com/reusable-menstrual-cups-or-disposable/

To learn all about reusable cloth menstrual pads click this link  http://www.theclassybrokegirls.com/reusable-cloth-menstrual-pads/ ‎ 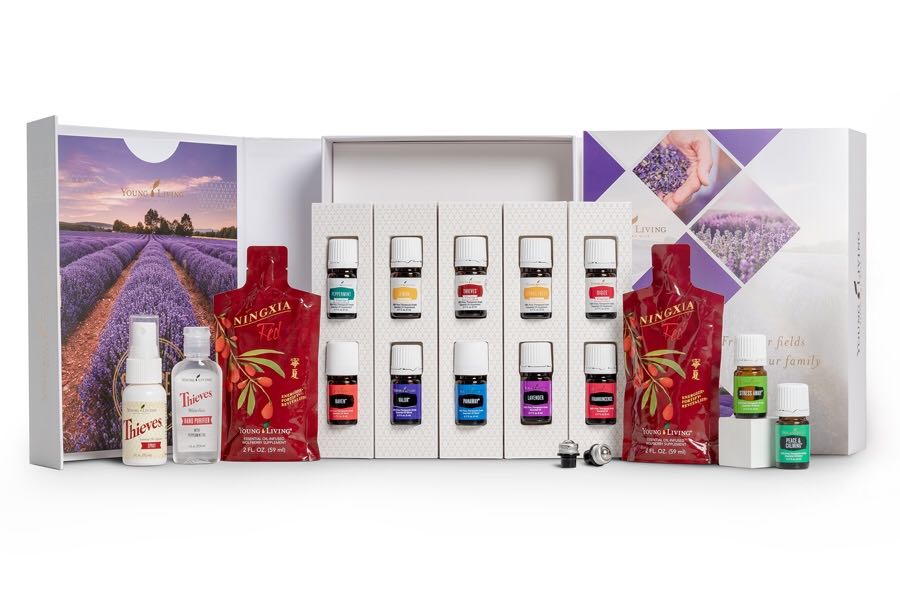 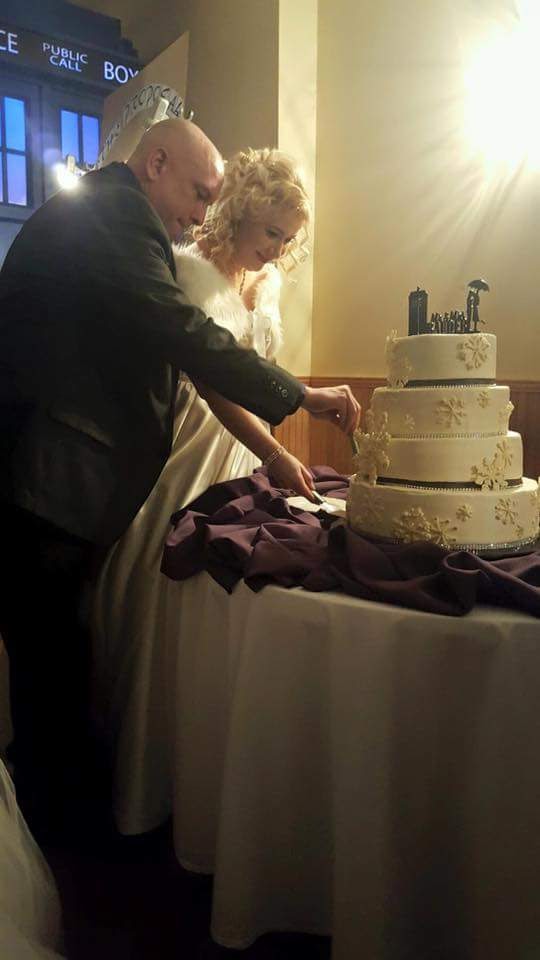 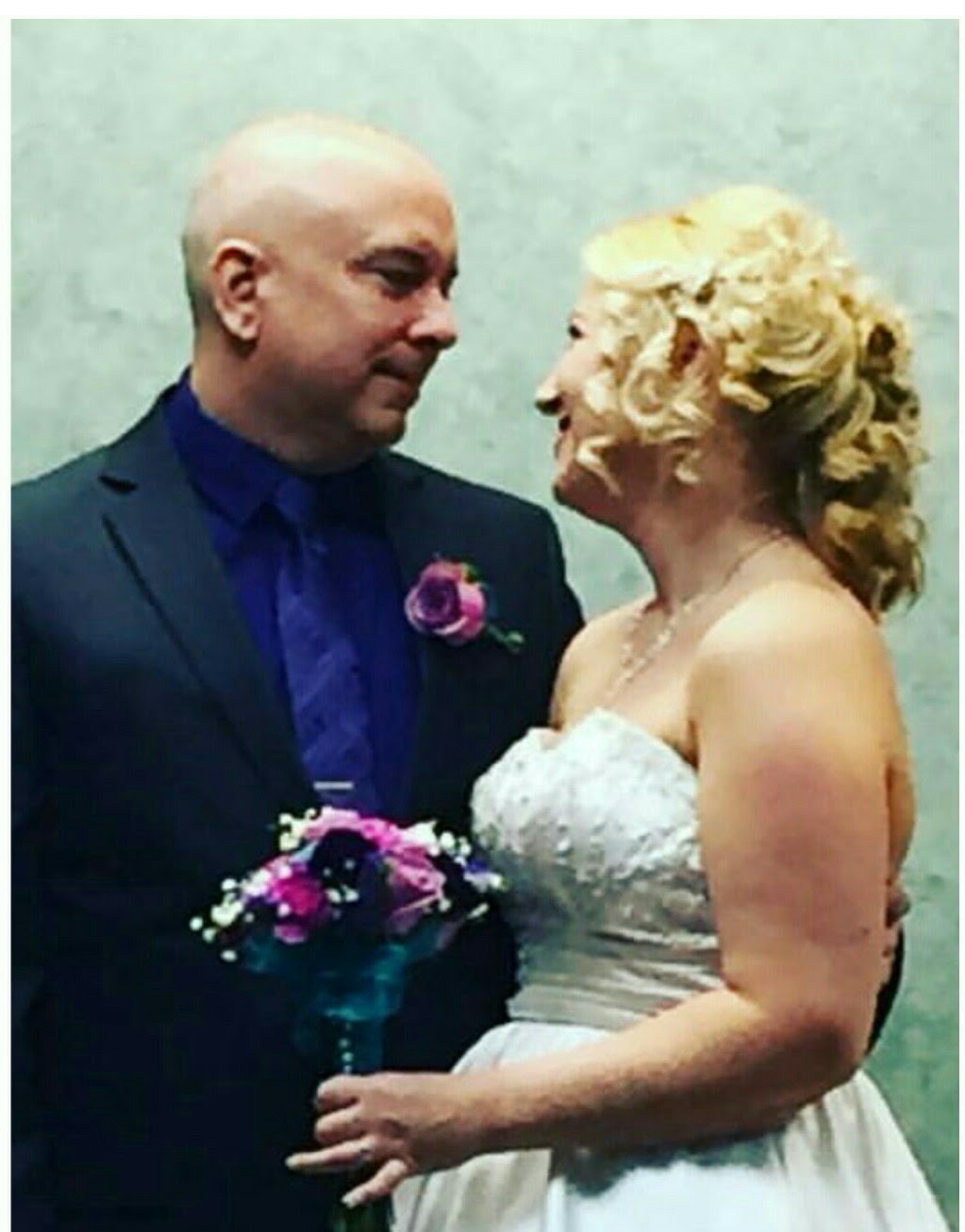 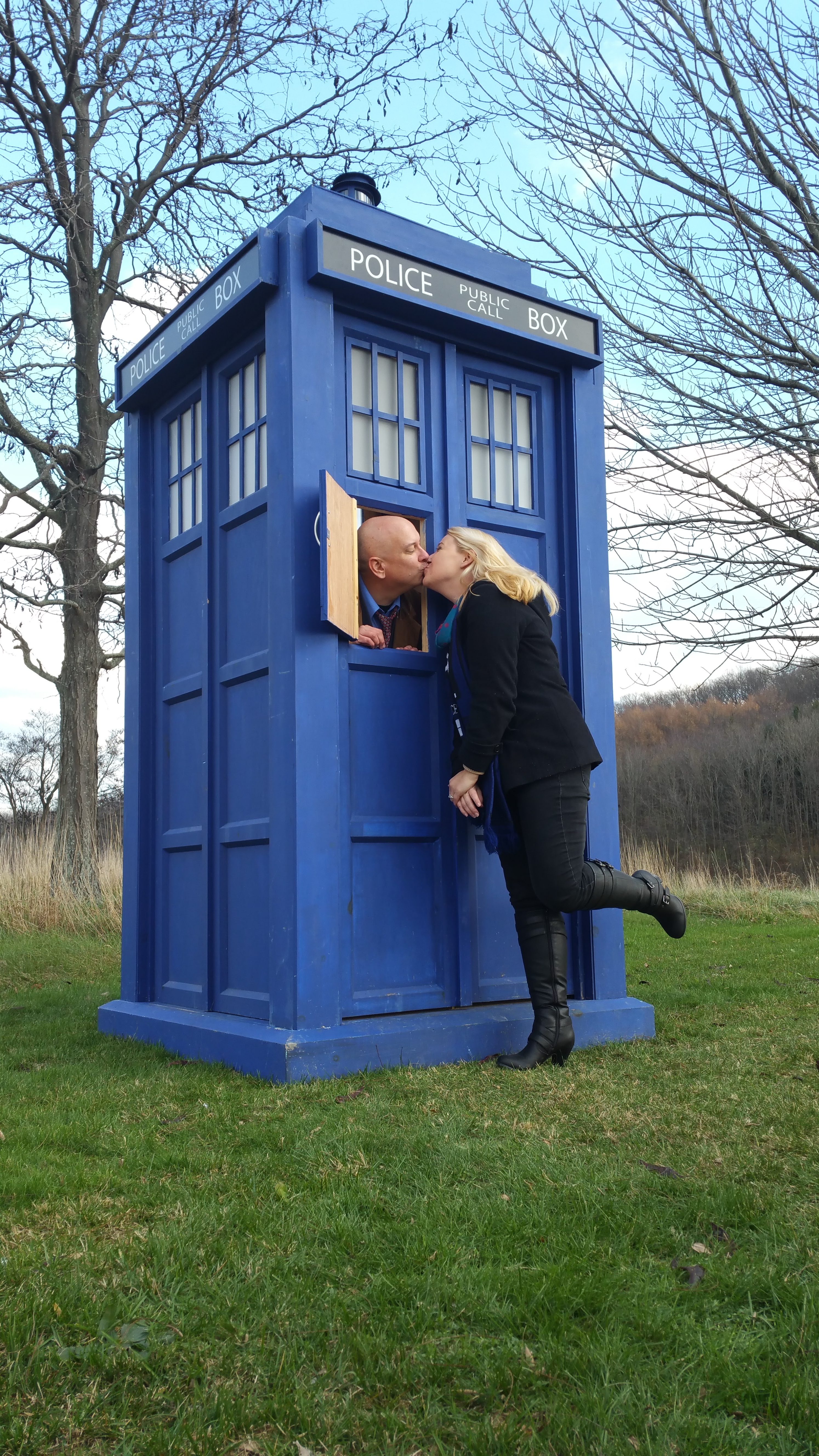 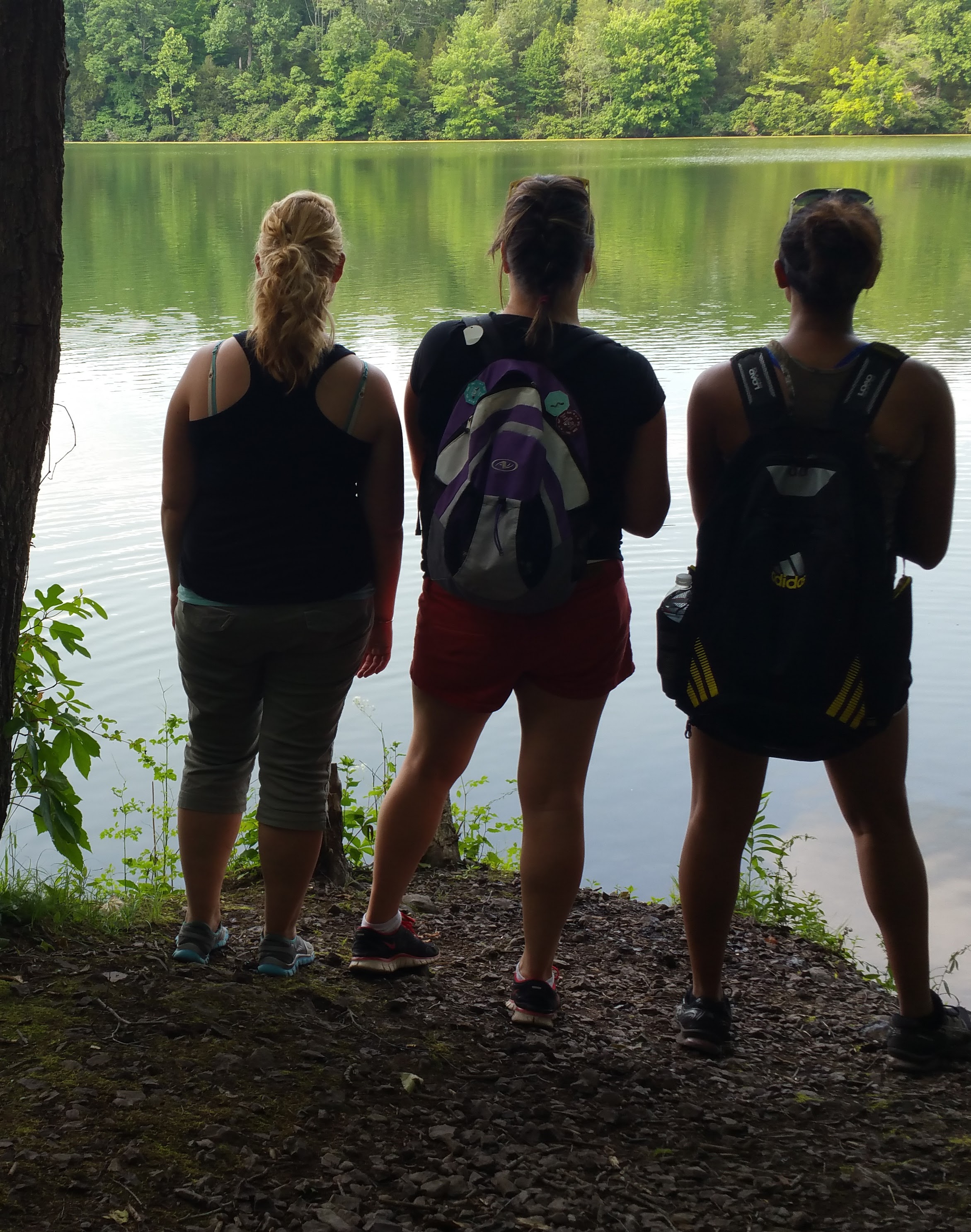 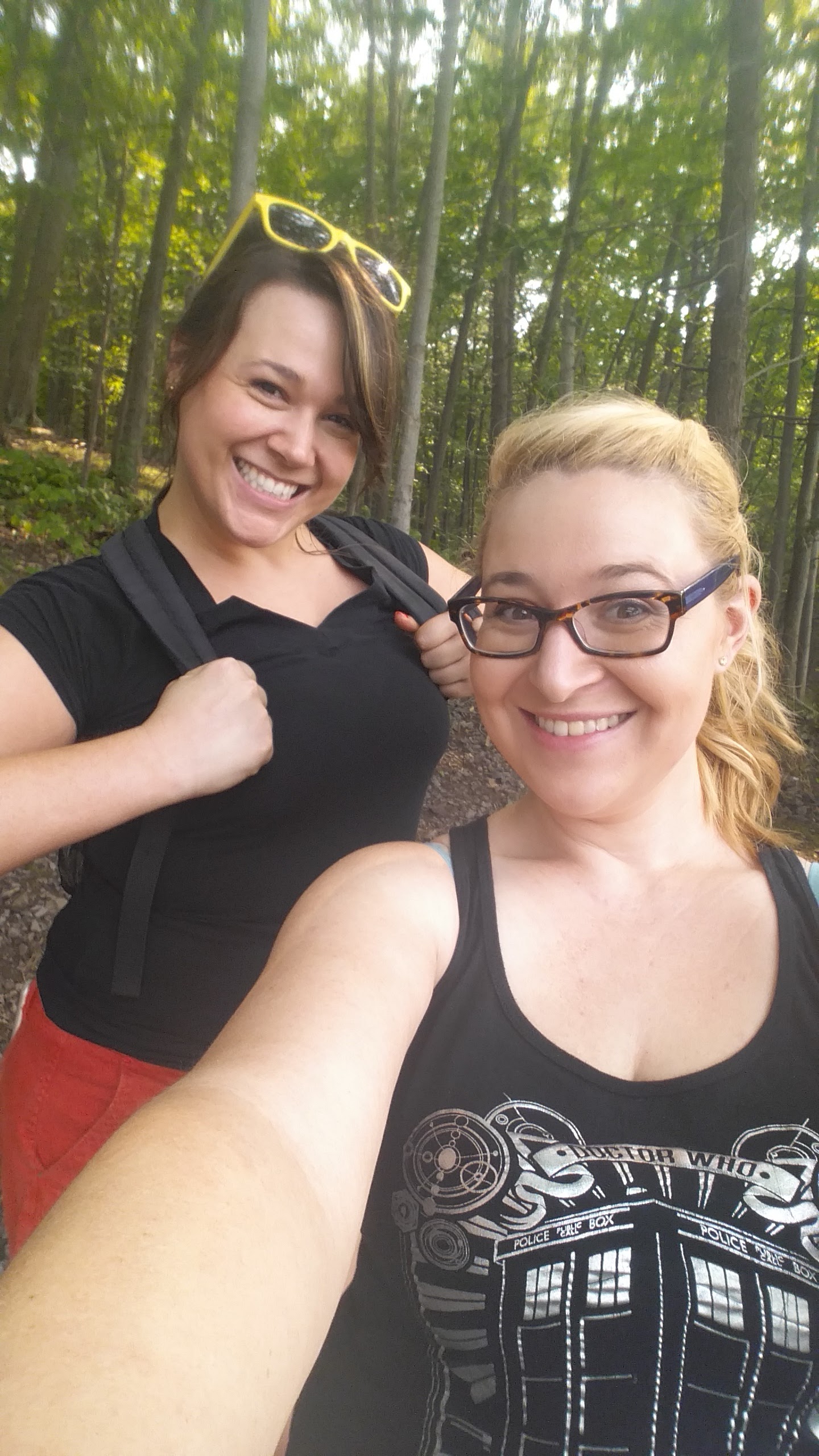 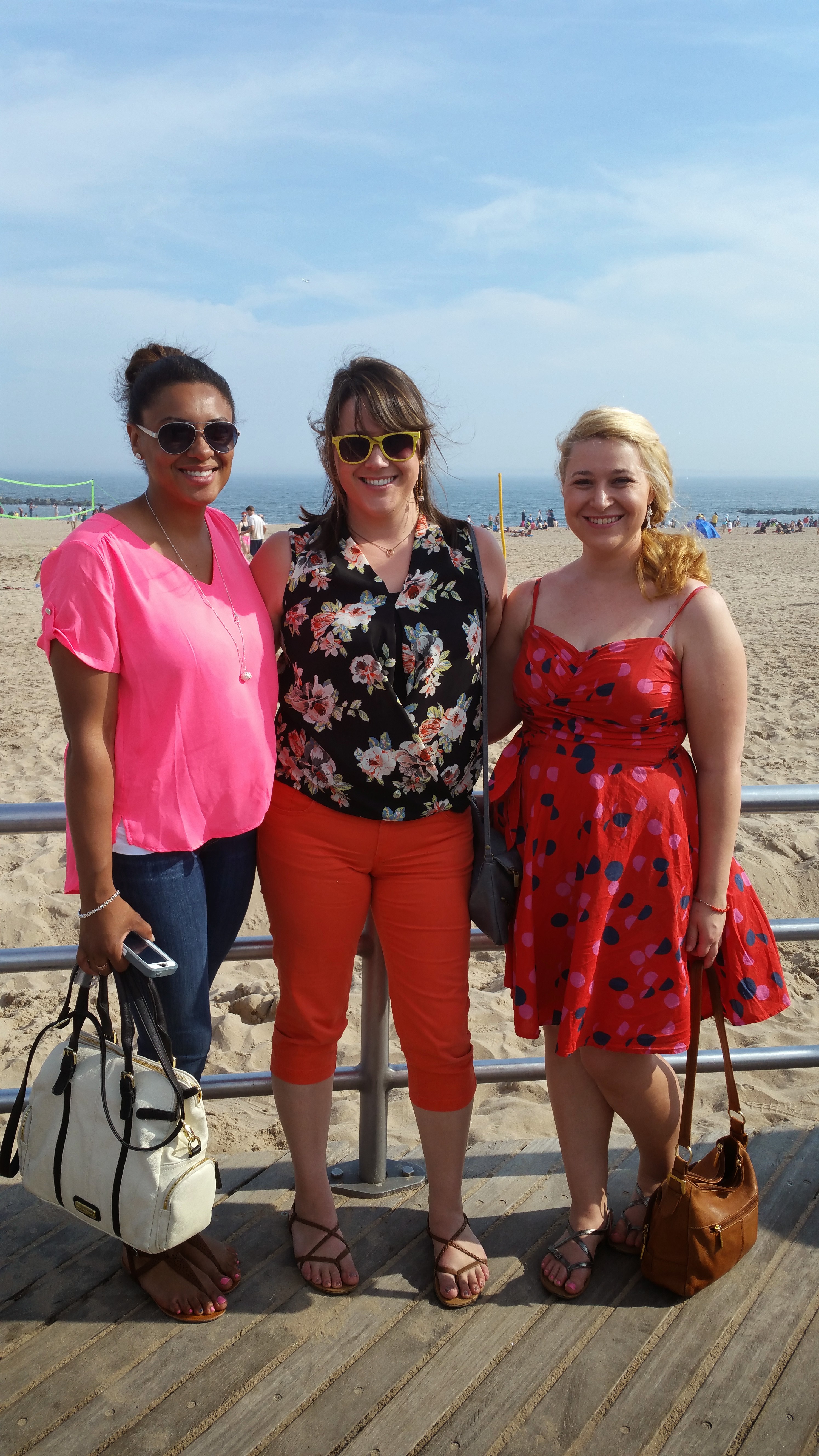 tardis kisses
My sister and I enjoying our Sunday hike